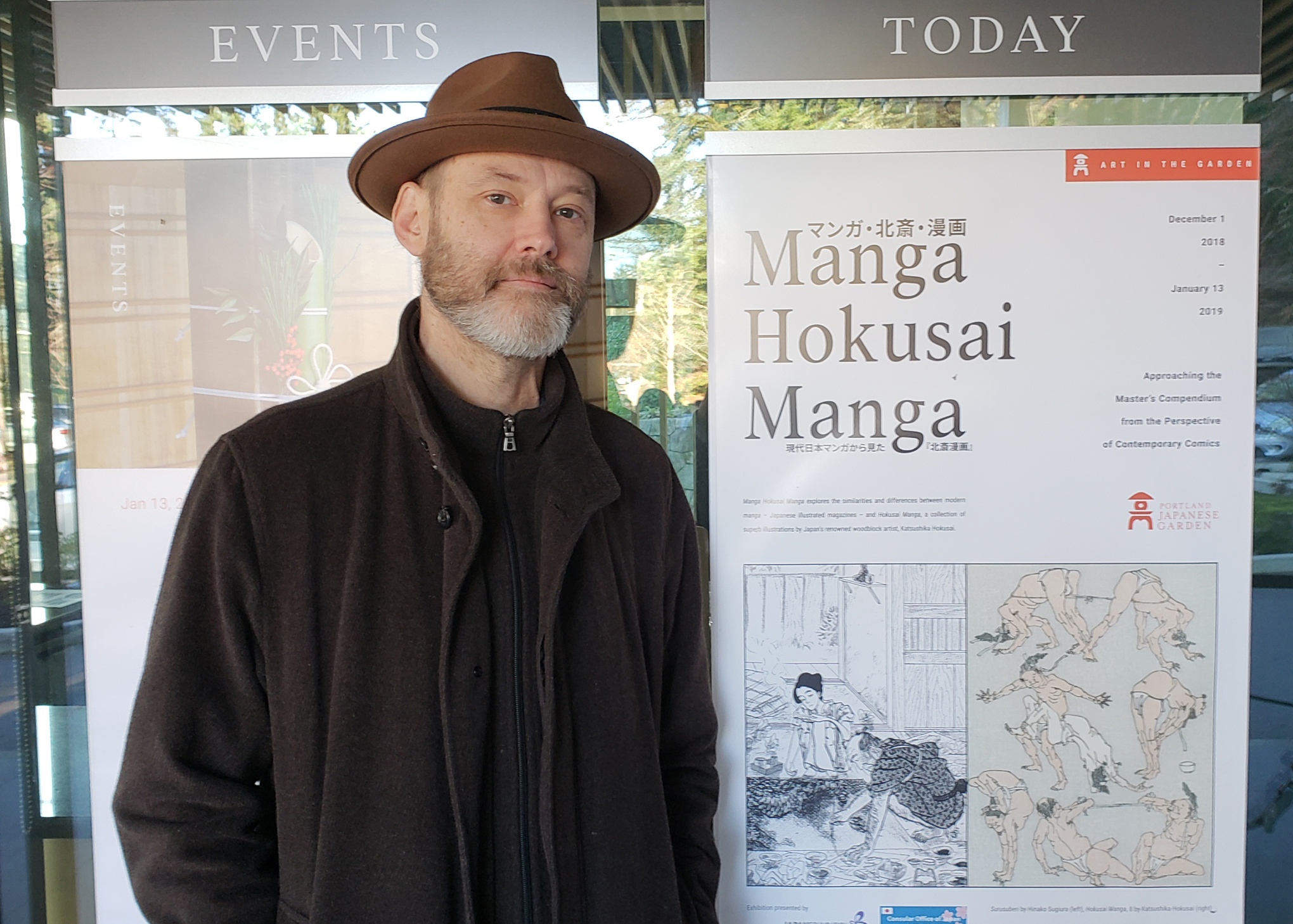 In December and January, the Portland Japanese Garden was the only venue in the United States to exhibit Manga Hokusai Manga: Approaching the Master’s Compendium from the Perspective of Contemporary Comics. A show of manga woodblock prints by the world-famous Japanese artist Katsushika Hokusai (1760-1849), juxtaposed with work by modern manga artists.

Drawn to Manga was part of the this international exhibition. A panel discussion of artists, illustrators, and comics editors in Portland who have been inspired or influenced by Japanese manga in their work. The owner of Floating World Comics, Jason Leivian, provided an introduction. Here's a glimpse of the exhibit: