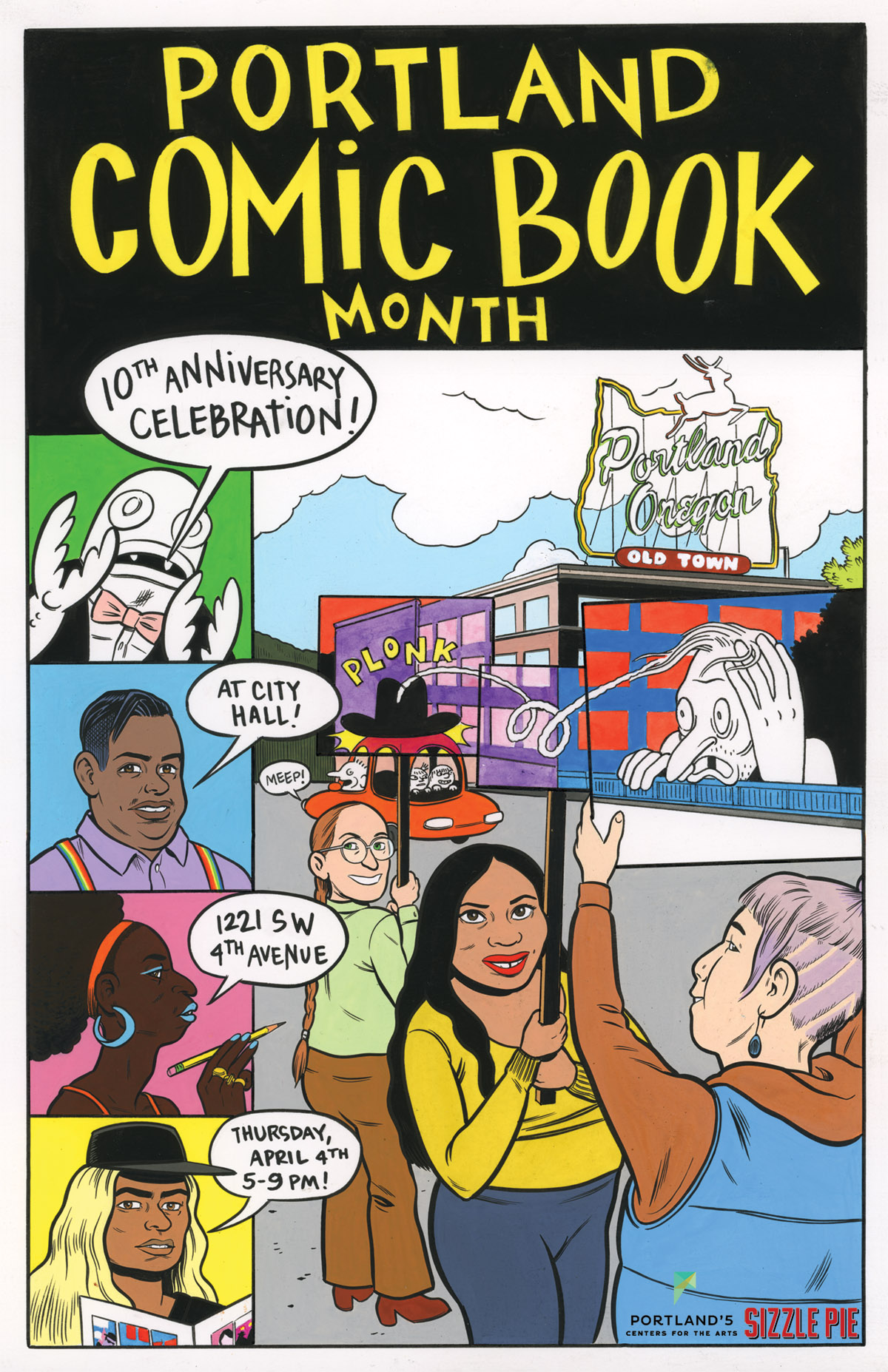 The opening event, which runs 5pm-9pm, is FREE and open to all ages. Commissioner Eudaly will make a special proclamation at 6pm, followed by live drawing by local artists. Pizza will be provided by local sponsor Sizzle Pie.

Anina is honored to be on the planning committee for this and other Comic Book Month events. Look for more activities throughout April, including workshops, readings, release parties, and meetups. Check the full schedule of events for updates as new info is added!

Portland is known for its unique creativity, its appreciation of art, and perhaps most of all, a vibrant DIY culture that has become an incubator for free spirits. Commissioner Chloe Eudaly comes directly from this world. Her independent bookstore, Reading Frenzy, was a hub of DIY comics and activist publishing for 22 years.

“The artists, the writers, the companies and the comic shops—all of these aspects of Portland’s comic scene intertwine to create a unique tapestry. Portland is the kind of place where names big and small can mingle, where artists can live comfortably and small presses are still viable.” —PSU Vanguard