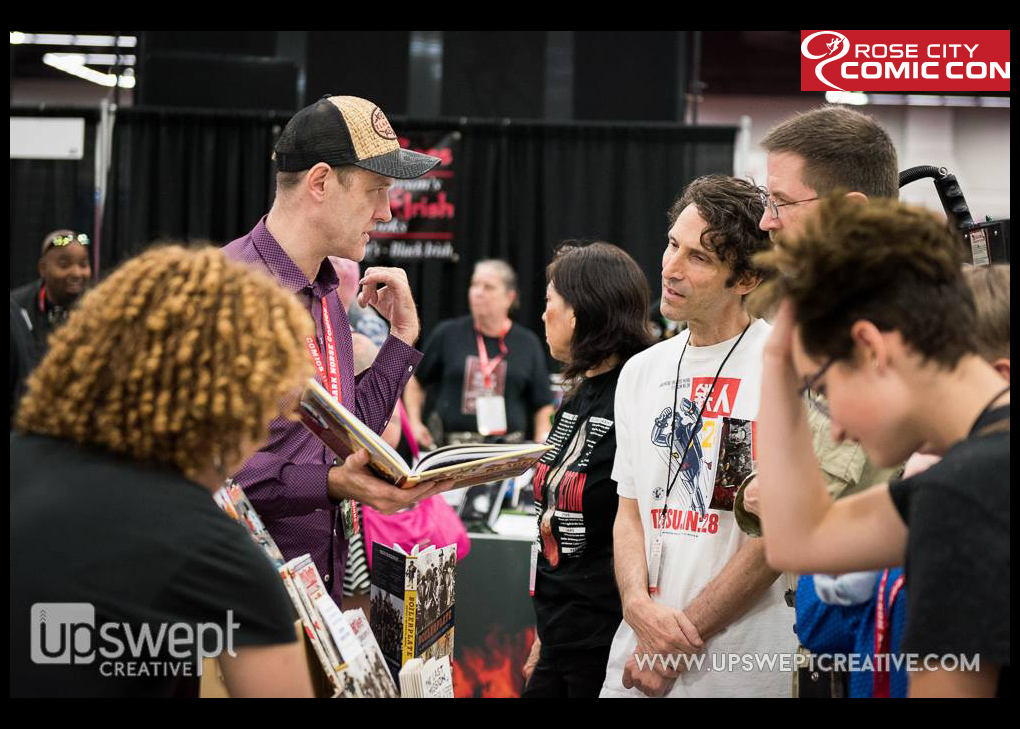 Paul and Anina are at the Helioscope Studio island, booth #611, and we're doing a panel about the new 24 Hour Comic documentary film shot in Portland.

How do you make a whole comic book in only 24 hours? Who came up with the 24-Hour Comic Day challenge, and what drives cartoonists to try it? Find out from the artists themselves and get a sneak peek at "24 Hour Comic," the new documentary movie shot in Portland, which shows eight cartoonists in action. Panelists: director Milan Erceg and artists David Chelsea (Perspective), Paul Guinan (Boilerplate, Chronos), Tom Lechner, Opal Pence, and Pete Soloway. Moderated by Anina Bennett.