Last Empress of the Aztecs 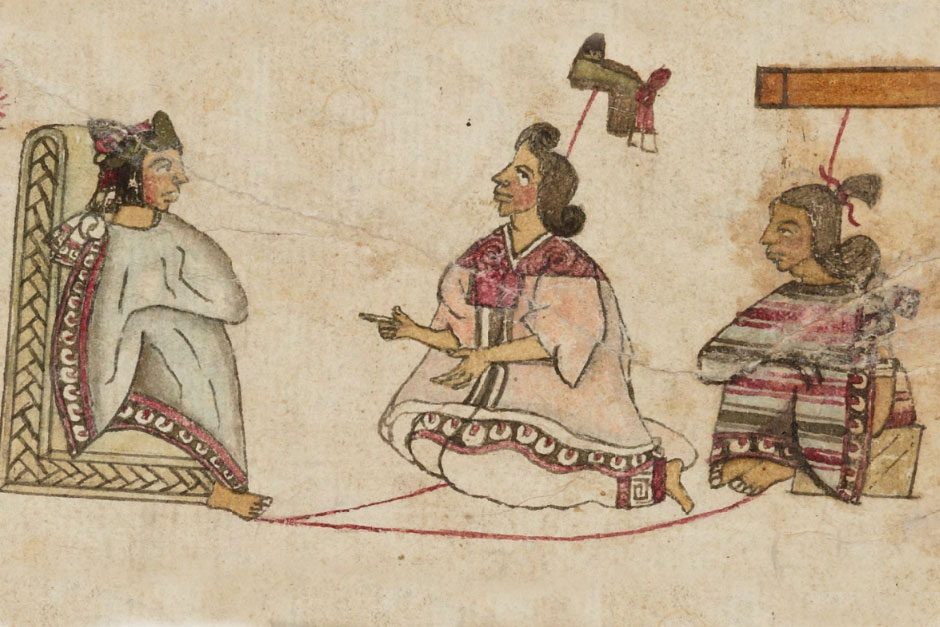 A Few Years Off

There’s conflicting information about when Tecuichpo was born. A 19th-century historian named Alfredo Chavero wrote that she was born in 1510, making her nine years old when Cortes arrived in 1519—much younger than I think she actually was. I believe there may have been a transcription error, that Tecuichpo was actually born in 1501. Chavero was a well-known author on Mesoamerican subjects, though, and his assertion went undisputed. Wikipedia currently says Tecuichpo was 11 years old when Cortes arrived. Even my history hero Camilla Townsend perpetuates this notion in her book The Fifth Sun.

Why do I take a different view? Because according to information in the Archivo General de Indias, Tecuichpo was actually in her late teens when the Spanish invaded Mexico. The archive—housed in the ancient merchants’ exchange of Seville, Spain—is a repository of original documents about the history of Spanish activity in the Americas and the Philippines. Among its holdings is a series of legal documents known collectively as the Información de doña Isabel de Moctezuma.

Since Ahuitzotl died in 1502, this means that Tecuichpo was, at the very least, 17 years old when the Cortes expedition arrived in Mexico. This is backed up by information in the Crónica Mexicayotl, a chronicle of the Aztec Empire’s history written in the Nahuatl language in 1579.

Tecuichpo went through no less than six marriages—two of which were very short-lived. Her first husband was Atlixcatzin, the “Cutter of Men.” He was a commanding general in the Aztec Empire and a member of the Council of Four, an elite group that advised Motecuhzoma. Atlixcatzin was even a potential candidate to become leader of the Mexica Triple Alliance. In 1520, Spaniards who had been peaceably residing in Tenochtitlan for months, as honored guests, suddenly attacked a large group of Mexica who were celebrating the annual festival of Toxcatl. Atlixcatzin was among those killed. This unprovoked slaughter by the Spaniards is known as the Alvarado Massacre, named after the captain who gave the order. It would trigger a Mexica uprising against the Spaniards. The Spaniards had to flee for their lives from the Aztec capital. In addition to looting emperor Motecuhzoma’s treasury, the Spaniards took his highest-ranking offspring with them. Cortes was trying to cover every angle by using strategies from European military conquests: the sons and daughters of Motecuhzoma might provide legitimacy for future alliances, pawns for politicking, bait for gold ransom, or hostages for leverage.

Marina, and the princess of Tlaxcala who was allied with the Spaniards, were put in charge of the royal prisoners. Three hundred Tlaxcalans and 30 Spaniards guarded them. During the Spaniards’ frenetic escape from Tenochtitlan, Tecuichpo slipped away and rejoined the Aztec.

Following Atlixcatzin’s murder, Tecuichpo’s next two husbands were both rulers of the Mexica Triple Alliance before the hegemonic empire fell in 1521.

By this time Motecuhzoma had been killed. As daughter of the deceased emperor, Tecuichpo was immediately married to Motecuhzoma’s successor, Cuitlahuac. He reigned for several months before succumbing to Spanish smallpox. That Tecuichpo was seemingly immune to the devastating disease is yet another remarkable aspect of her life.

Tecuichpo was then married to the Aztec Empire’s next ruler, Cuauhtemoc, who was also her uncle. As with his predecessor, the new leader was politically legitimized by being married to Tecuichpo.

According to the Aubin codex, Cuauhtemoc murdered Tecuichpo’s brother. Historian Juan Cano argues that the new emperor’s motive was not to remove a more legitimate heir, but to end political divisions among the Mexica during their war with the Spaniards. Cuauhtemoc would go on to become a modern national hero for his fierce resistance to the Spaniards. When he eventually surrendered in 1521, Tecuichpo was at his side. Cuauhtemoc’s only request during his surrender was that his family be taken care of. Cortes allowed the women and children of Cuauhtemoc’s household to take up quarters in Tacuba, giving Tecuichpo the responsibility to supervise them.

The Spaniards tortured Cuauhtemoc in an attempt to find Motecuhzoma’s lost treasure—which the Spaniards had lost themselves as they chaotically battled their way out of Tenochtitlan the year before. Cuauhtemoc had no information to give the Spaniards. Cortes eventually hanged him in 1525. Tecuichpo was married three times to Aztec nobility. She would be married three more times to conquistadors. In 1526, Tecuichpo was baptized as “Isabel” and recognized as Moctezuma’s legitimate heir. She became one of only three Indigenous women to be granted an encomienda, a parcel of land that came with slaves to work it. The land grant, which included all of Tacuba, was one of the largest in Mexico. Cortés used Tecuichpo/Isabel to symbolize the continuity of rule between the Mexica and the Spaniards. She played her part and was rewarded for it. The other two Indigenous women given land were Isabel’s sister, baptized “Leonor,” and Cortes’ famous translator Marina.

Isabel’s fourth husband, the first of three Spaniards, died in 1528. Before Isabel remarried, Cortes sexually coerced her, resulting in a daughter. The girl was named Leonor. Although Cortes officially recognized her as his offspring, Isabel reportedly did not accept Leonor. Nevertheless, on Isabel’s deathbed in 1550, she gave one-fifth of her estate to Leonor for her marriage dowry.

Tecuichpo/Isabel died as the wealthiest Indigenous woman in New Spain. She bequeathed her personal and luxury items, acquired during her marriages to prominent Spaniards, to her daughters. Her land grant of Tacuba was split between her husband and son, and she willed that all of her slaves be given a sum of money and set free.