Timeline of the Aztec-Spanish War 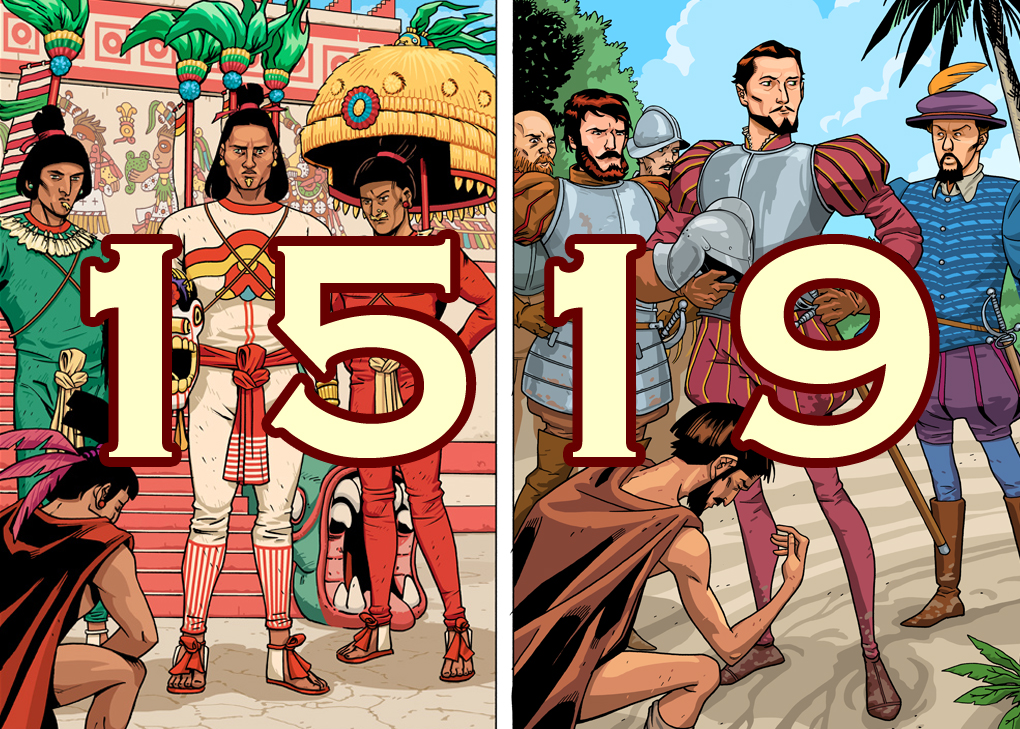 In working on our historical graphic novel series Aztec Empire, I’ve had to research a lot of dates! It can be difficult sometimes because different sources conflict with each other, and some information is maddeningly vague. In this post, I’m sharing the timeline I came up with for the beginning of our series, covering the events of Episodes 1-8. I’ll be expanding it as our story progresses.

The exact dates when Cortes’ expedition sailed for Mexico have been distorted as information was passed down through the centuries. In the memoirs of Bernal Diaz, he used the Julian calendar (as opposed to our current Gregorian calendar). Diaz gives a couple of specific dates, with other descriptions such as “two days later.” Based largely on Diaz’s account, I calculated the following chronology. Spaniards realize that there is more to be had than merely setting up a colony to control a source of gold, there is a treasure of an empire. Their epic quest has begun.