Hero. Villain. Man out of Time.

A Man Out of Time 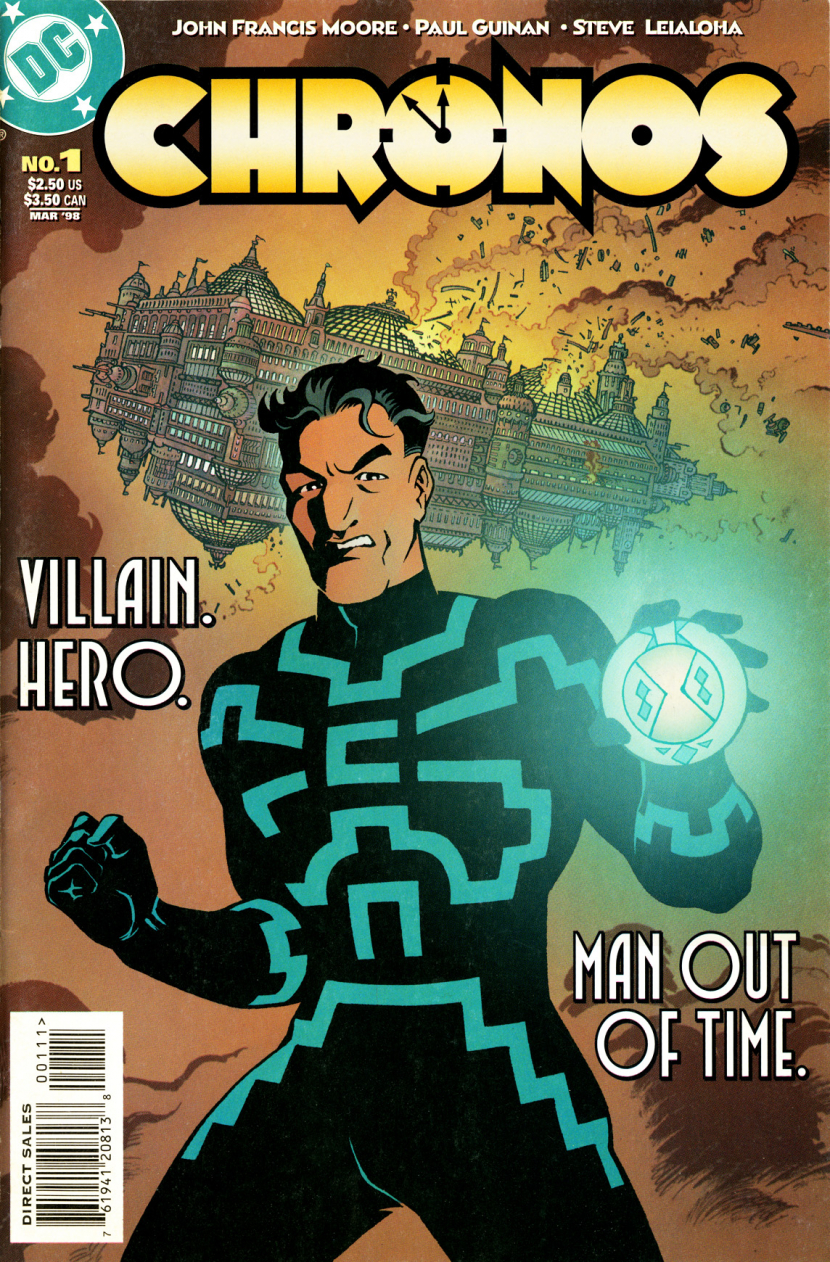 Chronos is a DC Comics series about a time-traveling superhero, co-created by Paul and writer John Francis Moore. Walker Gabriel, aka Chronos, plans to use his work in temporal science to advance his career as a high-tech thief—until events set him on an epic journey towards being one of the most powerful forces for good in the DC universe (DCU).

Various past and future heroes and villains of the DCU cross paths with Chronos during his adventures, including Sheriff Kent of Smallville in the Old West. Chronos makes his headquarters in the spectacular Chronopolis, a massive interdimensional city/palace that exists outside of time and space.

Chronos is the son of an Aztec noblewoman from 1520, and a Chinese temporal engineer from 1970. Before the the story was told of how Chronos' parents met in Tenochtitlan, and their escape from conquistadors to Chronopolis, the series came to an end. Paul took his interest about the Aztecs and began to develop what would become Aztec Empire.

Paul’s love of history and science fiction is on full display in Chronos. He designed the new Chronos character, costume, and logo, and he pencilled all the covers and interior art (inked by the masterful Steve Leialoha). Paul’s designs for locations in the comic, as well as some plot elements, have been used on the CW television series Legends of Tomorrow. Walker Gabriel has also appeared in other DC comic books, such as DC One Million and Superman Beyond.

Originally published in 1998-99, Chronos is now available as e-books from ComiXology. and Amazon.

“Filled with impressively intelligent musings on history and the nature of time travel, while also having time for more offbeat stuff, like having superheroes from the past show up.”
—Comic Book Resources

The creative team has “woven a tapestry of detailed characters, adventure and pseudo-science supported by artwork and pacing that bring disparate times and places to life with astonishing realism.”
—The News Herald