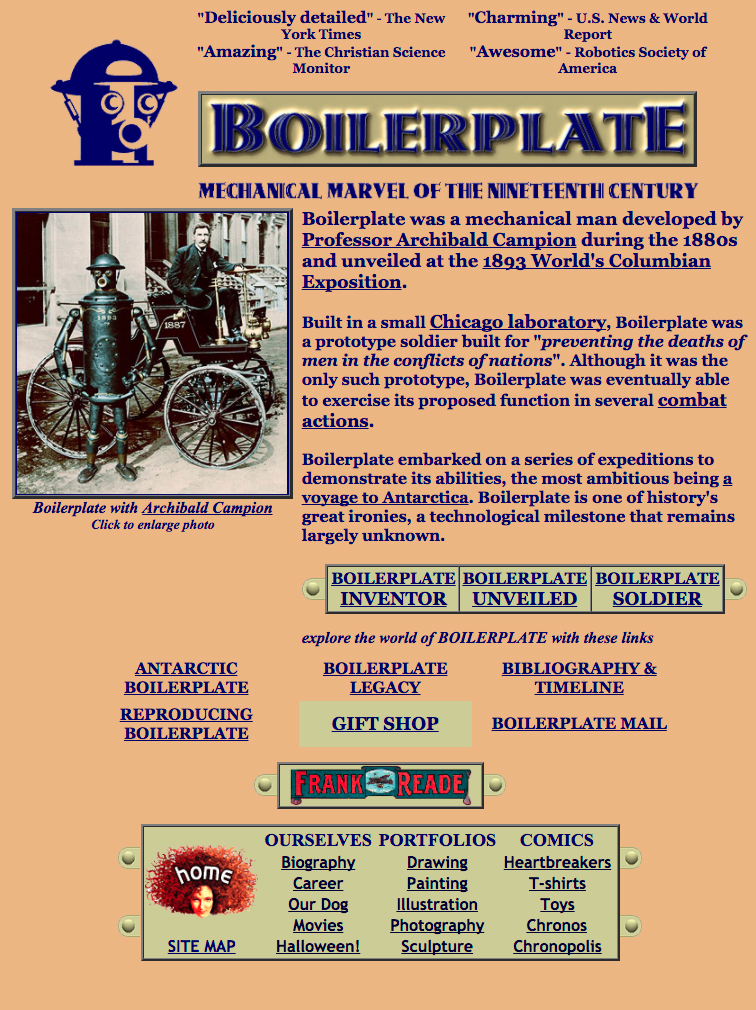 Paul came up with the concept for Boilerplate years before the robot appeared in our books. Initially, he thought about using it in a graphic novel. That evolved into the idea of telling the robot’s story in a more “realistic” way, illustrated by doctored photographs and set against world history as a backdrop.

In the year 2000, which for so long sounded like the future but is now in the past, Paul decided to post some robot stories on our website. Not, contrary to some accounts, as a book pitch—he did it just for fun. He built a model robot, photographed it, digitally inserted it into vintage photos, and posted short stories on our old website. They went viral, getting national news coverage and fooling more than one visitor into thinking the robot was real.

Those early Boilerplate stories were published as interstitial material in our graphic novel Heartbreakers Meet Boilerplate. You can also explore them and other Boilerplate pages here in our Time Tunnel:

Eventually, we did put together a book proposal and landed with Abrams Books. We’re proud of the resulting book, Boilerplate: History’s Mechanical Marvel, which is vastly expanded from the original web stories. Anina wrote whole chapters’ worth of new adventures, and Paul created hundreds of new images. It might even be a movie someday. But it all started here with an idea and a few homemade web pages.