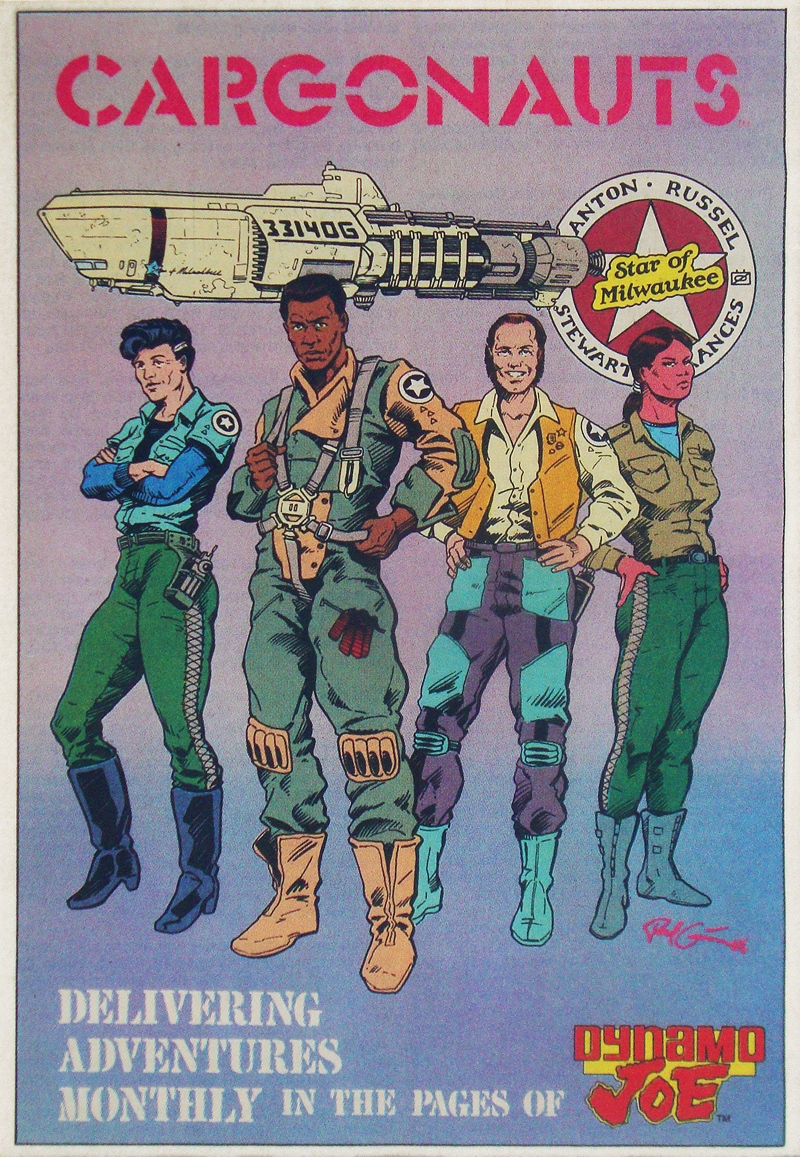 Cargonauts is a comic book story Paul created in 1986, which ran as a backup feature in Dynamo Joe at First Comics. It’s about the adventures of a renegade crew and the ship they call home—and, as Paul likes to say, it was a “precursor to Firefly.”

Cargonauts was developed, designed, plotted, and pencilled by Paul Guinan from a concept by Doug Rice; scripted by Phil Foglio; inked by Sam Grainger; and colored by Rick Taylor.