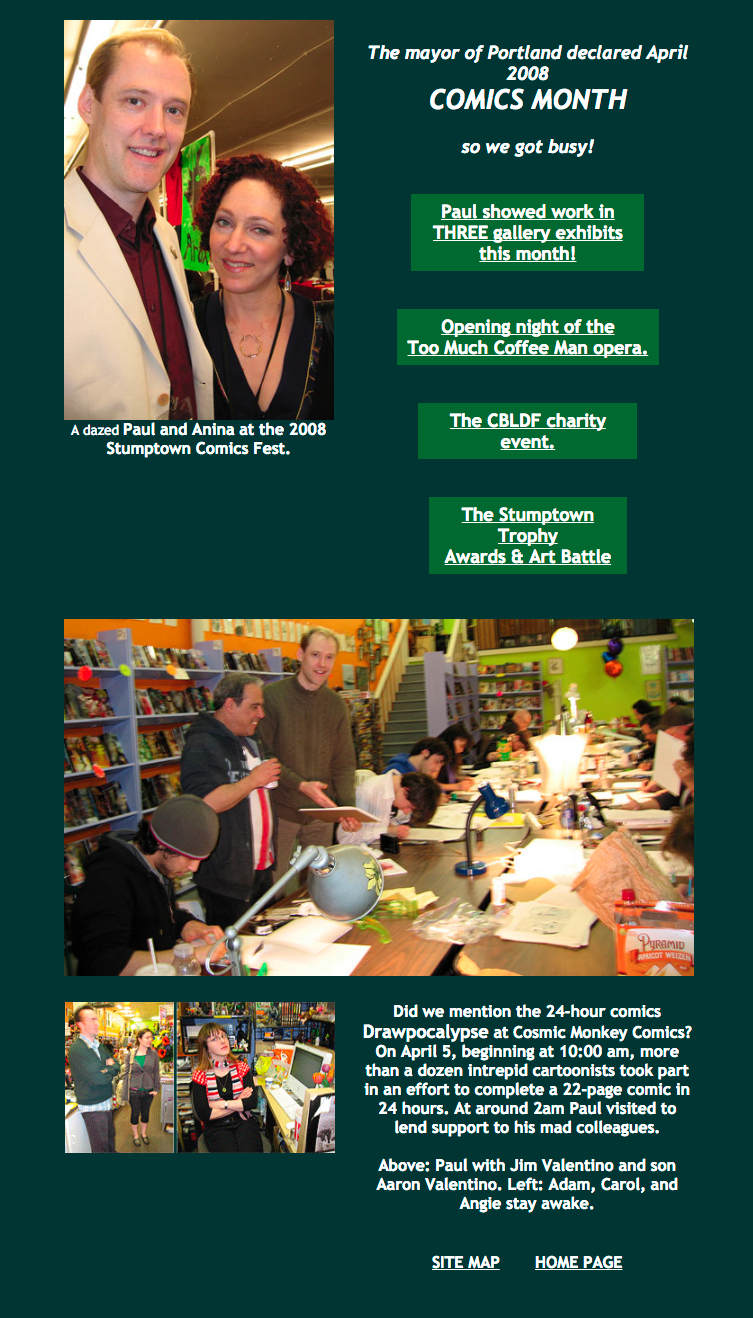 Anina and Paul have been attending comic-cons as professionals since the late 1980s. (You do the math.) For photos of us in the 1990s, see Jackie Estrada’s documentary book Comic Book People 2.

In the early aughts, before we’d adopted social media as a way of sharing photos with friends and fans, Paul built webpages documenting some of our convention travels. Included are photos of us, other comic book creators, cosplayers, giant props, art battles, a comic book opera, and who knows what else?

For current and upcoming conventions, see our Appearances page.