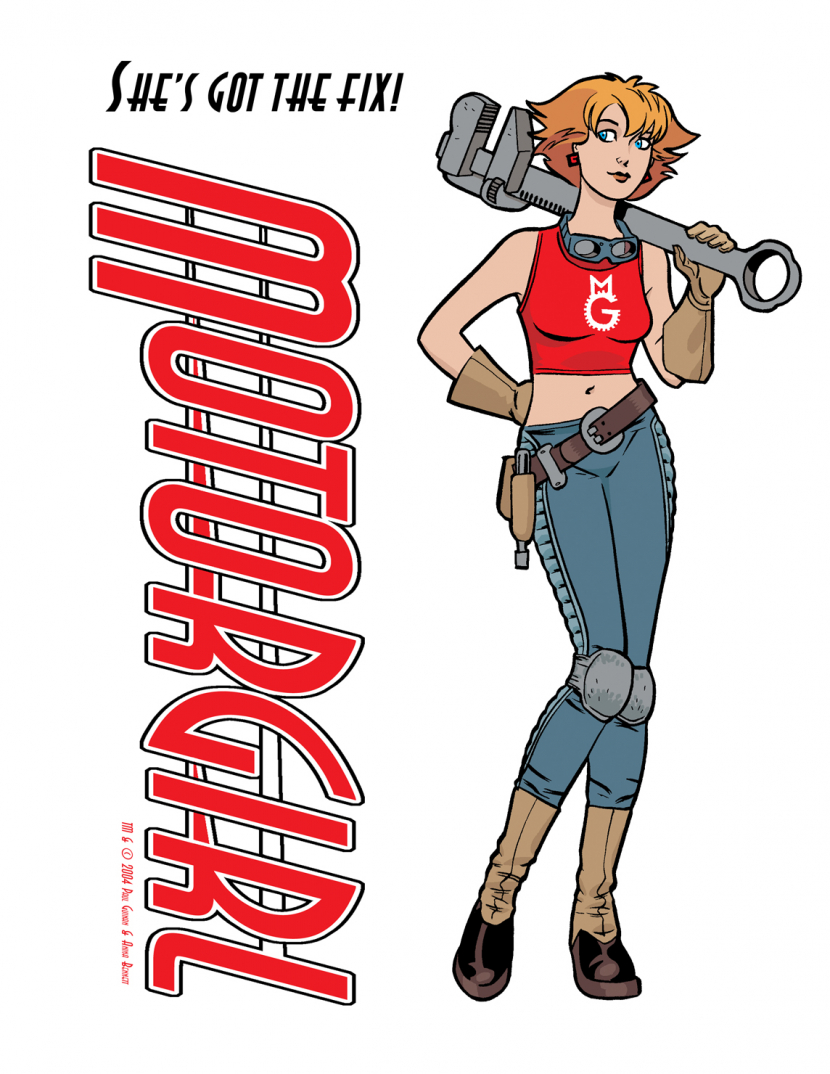 Motorgirl is a transmedia story concept developed by Paul and Anina.

Sara Steele is one of the world’s top mechanics. Nicknamed “Motorgirl” for her unparalleled ability to fix any engine, fabricate any part, and build any device, she hails from a line of engineers-to-the-superspies. Her father, Sinclair, constructs lethal, gadget-laden vehicles for agencies such as the CIA, NSA, and MI-5. The two of them are basically freelance versions of “Q” from the James Bond series.

For a plot overview, see our Motorgirl page.