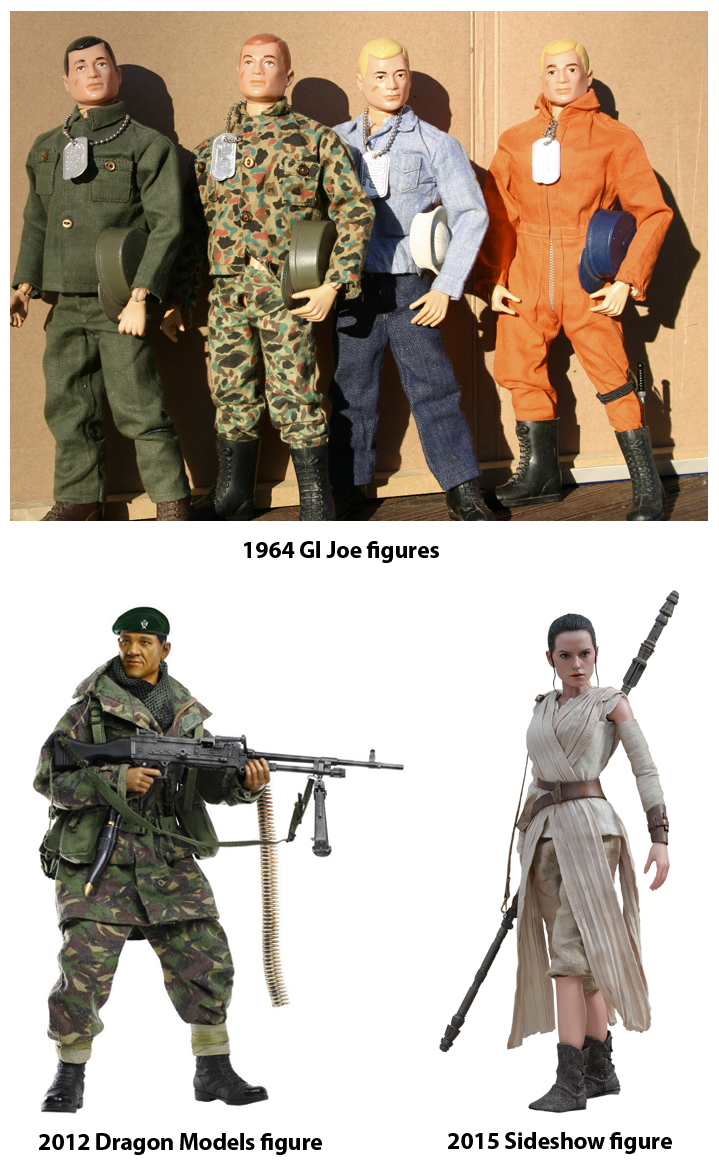 In the late 1990s, advances in design and manufacturing technology produced, among other wonders, a new wave of highly detailed toys for grownups. If you’ve ever seen an old GI Joe doll, you know how crude it looks compared to the almost frighteningly realistic faces and costumes of figures made today by companies like Sideshow.

The first wave consisted mostly of military figures, and a fan community of 1/6th-scale collectors soon coalesced around them. Unlike some other toy collectors, however, these fans love to “kit-bash” or customize their figurines, make new accessories and costumes for them, and arrange them in dioramas that tell a story. (Customizing 1/6th-scale figures is a fascinating activity that has been the subject of at least one academic paper.)

Naturally, Paul got sucked into this confluence of history, play, and craft. He started making and acquiring all kinds of items for his dioramas of “war dudes,” as Anina called them. And then, like a lot of other collectors, he started selling them.

Although Paul’s 1/6th Diorama Depot is no longer open for business, you can follow the links below to see photos of his figures, vehicles, and accessories, as well as dioramas and real-life WWII action figure Fred Treiber at a 2006 collectors’ convention.