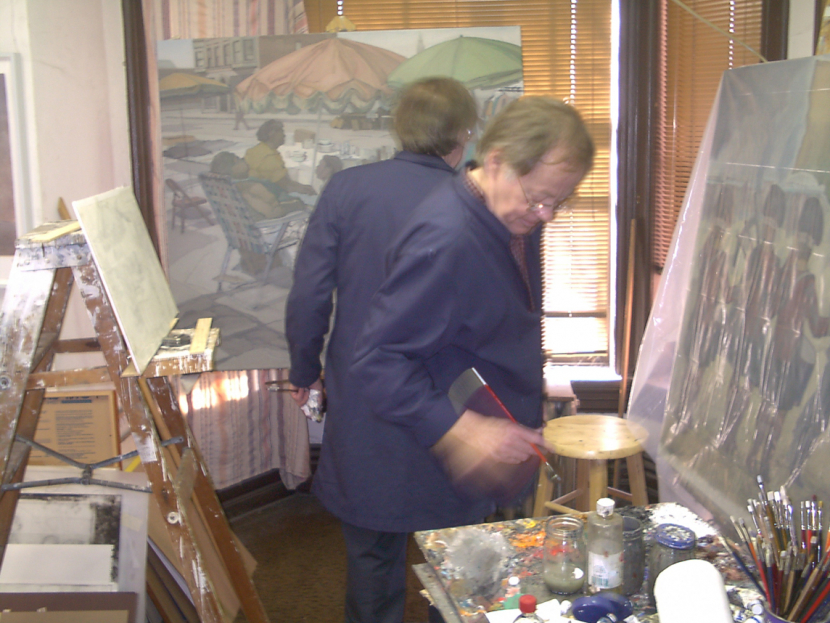 Paul’s father, Robert Guinan (1934-2016), was an accomplished and acclaimed painter. Known in particular for his portraits of musicians and bar denizens in Chicago, the city he adopted as his own, Bob also painted portraits of the city itself. He captured its soul in paintings of now long-gone street views, dive bars, jazz clubs, markets, hotels, and train tracks slicing through the night.

You can see some of Bob’s work in our Time Tunnel pages, which are linked below and also accessible at www.RobertGuinan.com.